Inspired by: Rockies by Nicholas Sassoon

This piece was inspired by Nicholas Sassoon's artwork of the same name from Humber College's Art Collection. Sassoon made the unconventional choice of using digital pixel art to depict the monumental Rocky Mountains. I tried to blend similar ideas, musically, within my composition. I associated the pixelated art style with vintage video games and atonal 16-bit music. This gave me the idea of constructing a tone row to create my main musical subject. I felt that this subject, which appears at the beginning and end of the piece, represented the style of the art as well as treacherous, dizzying heights - the trepidation one might feel gazing off the top of a mountain to the ocean below. However, I also wanted to represent the breathtaking natural beauty of these mountains. To do this, I decided not to use digital sounds from sample libraries, and instead wrote and recorded this piece on a grand piano, due to its range and dynamic capabilities. Playing with the idea of highs (mountaintops stretching into the sky) and lows (the 4000+ metre drop to ocean level), I composed a smooth, more consonant sounding middle section which leaps between the low and high range of the piano. It was also important to leave enough space between statements for the echoes of the wind between the peaks. 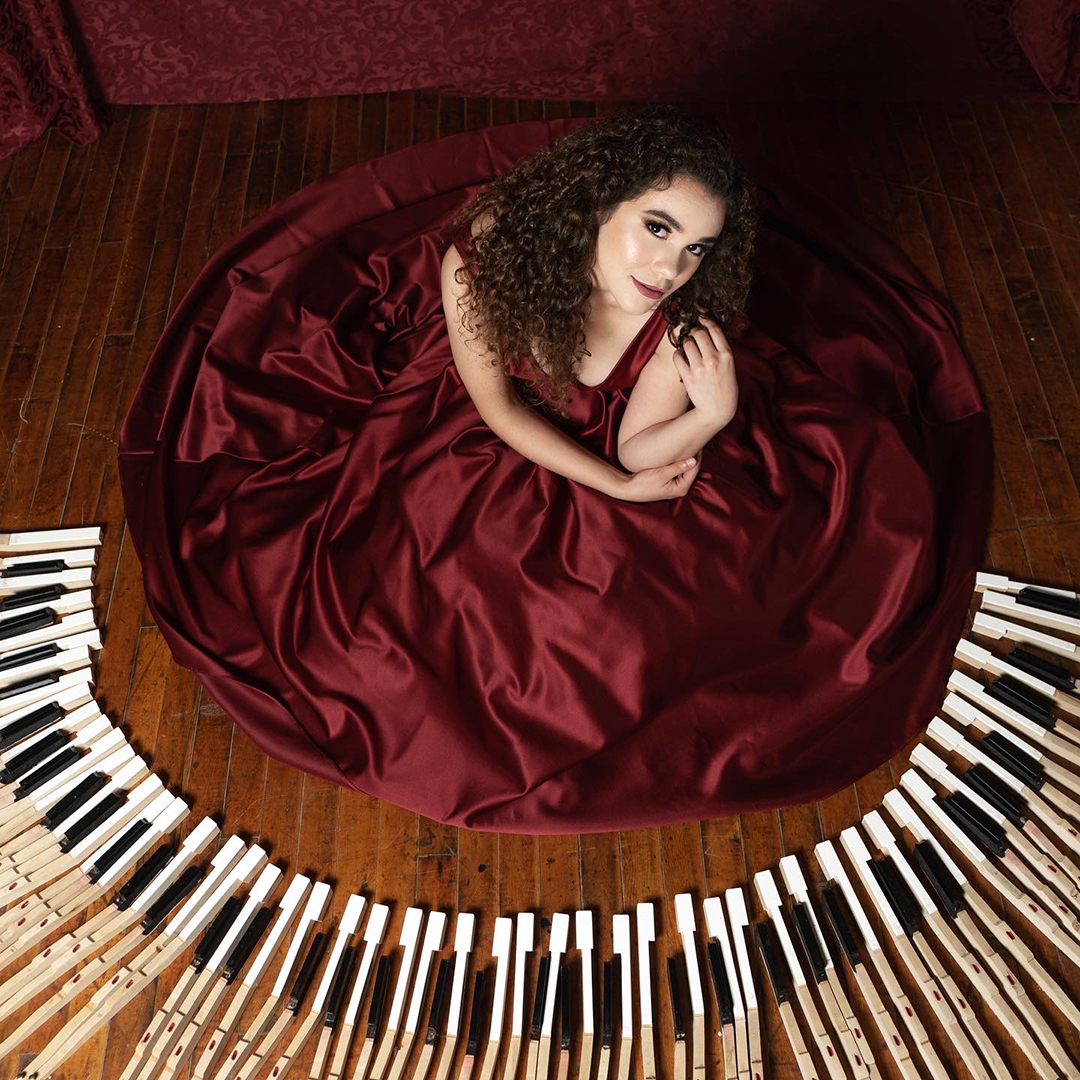 A grand piano has 88 keys; Alex Whorms intends to play all of them throughout her career. Fluent in classical, jazz, pop and rock music, the 2021 Humber graduate and aspiring film composer has written and performed on a handful of film soundtracks ("How To Impeach A President" 2020, "Farewell" 2021). As a singer-songwriter, she has released two EP's, appeared on live TV (CHCH, Cable 14), and CBC radio. She is the 2019 recipient of the Hamilton Arts Award for Emerging Artist and continues to hone her skills as a composer, lyricist, and multi-instrumentalist.